It seems like just about everyone and their brother these days are on some sort of “macro” nutrition plan (i.e. Where you base what you eat solely off of a daily allotment of protein, carbohydrates, and fats) but it seems like many are forgetting that there are these pesky micronutrients that you need to pay attention to as well.

Which is why your mom told you to eat your vegetables.

If we ignore the quality of the food we are eating while chasing a daily ‘macro-goal’ you’re leaving a BIG hole in your overall health, fitness, and performance.

And that sounds kinda dumb to me so…

Today, I’d like to talk about one of the most studied (and probably talked about) of these micronutrients, a vitamin that you should probably be paying attention to.

Now that doesn’t sound very good to me…

Vitamin D3 is formed in your body, primarily, when the sun’s UVB rays hit your skin but you can also obtain it from a small number of dietary sources as well as supplements.

Vitamin D2 is typically only found in very limited sources of food, such as mushrooms, and supplementation of D2 has been shown to not be very effective at raising serum 5-hydroxyvitamin D (The primary measure of Vit D). 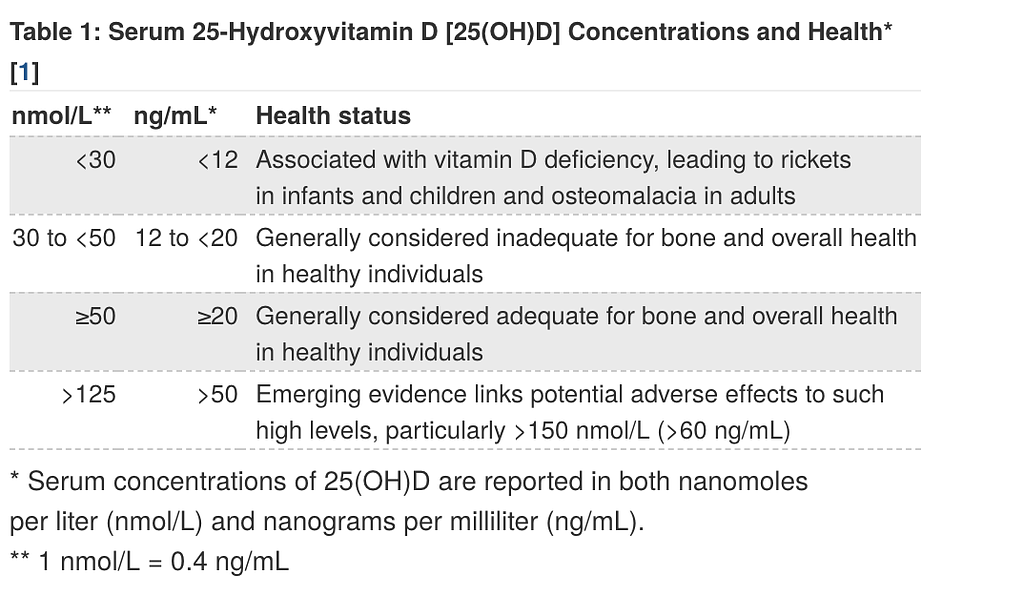 Adequate levels of Vitamin D can have all kinds of positive effects, so if you suspect you’re low, go get a doctor to order a Vitamin D lab.

And if you find out you’re low, well, there are very few supplements that I will ever recommend to you guys but you’re probably pretty safe supplementing here (especially if you live in a place where you don’t get much sun).

Why should your care about Vitamin D?

It has been found that adequate Vitamin D levels can be very important for maintaining a healthy immune function, reproductive system, as well as muscular and skeletal systems in both men and women and all races (Calvo, Whiting & Barton, 2005).

This deficiency may lead to a number of health-related factors including lower immunity, loss of muscle strength and mass with age, the development of diabetes, and even increased risk of cancer.

In a study by Garland, Gorham, Mohr, and Garland (2009) it was noted that by increasing the minimum year round serum Vitamin D levels in adults could prevent upwards of 58,000 new cases of breast cancer and upwards of 49,000 new cases of colorectal cancer each year.

This is an incredible statement and could help build a very strong case for Vitamin D supplementation for those who are not receiving adequate sun exposure.

It’s been shown that adequate levels of Vitamin D could HALF your risk of certain types of cancers.

It’s been shown that normalizing Vitamin D levels if you’re deficient, can aid in fat loss if you’re overweight or obese.

It could decrease your chances of catching the flu.

It has been shown to help increase testosterone in men with supplementation over the course of a year.

It can reduce your risk of cardiovascular disease with as little as 1,000 IU per day.

Should I keep going?

Like I said, making sure your Vitamin D levels are within the normal range can have a number of benefits so it is definitely a micronutrient you’ll want to pay attention to and ensure you’re getting enough of!

How do I get more Vitamin D?

Ok, so hopefully you’re sold on this Vitamin D thing… Let’s talk about how you can ensure you’re getting enough of it each day.

There are 3 main ways for you to increase your Vitamin D levels:

I’m not a big fan of recommending people spend their money on a bunch of different supplements, especially if you can get the same results naturally…

Which is one major benefit to Vitamin D.

It’s naturally produced in the body, with exposure to sunlight, and an actual supplement may not always be required to maintain healthy levels.

The cool thing is that the human body does a very good job at not only producing Vitamin D but also at regulating the total amount in the system.

However, there are a number of factors to consider if this is your primary route for obtaining those necessary levels.

This chart from the folks at Examine.com covers some of the common scenarios where Vitamin D synthesis may be reduced with sun exposure:

So if you’re getting your primary dose of Vitamin D from natural sunlight then your body is going to do a great job ensuring a toxic level is not reached, as long as the Vitamin D being introduced to the system is coming from sun exposure.

Natural sunlight will allow our bodies to produce the required amount of Vitamin D as well as also destroying any excess Vitamin D we have in our systems from either too much sun exposure or excessive supplementation.

However, the amounts obtained from sun exposure can vary amongst races, darker skin screens out sunlight more than lighter skin, as well as location and environment. Direct sunlight is required as glass will block almost all UVB and sunscreen can eliminate up to 99% of UVB absorption as well. In addition to the geographic location, time of year can also have a major impact on the amount of UVB exposure and thus Vitamin D production (Andrews, 2009).

Because of this, as mentioned before, I always recommend you get your levels checked and if necessary and change up your diet or supplement with a high-quality D3 supplement if needed.

According to the National Institutes of Health, the recommended daily dose of Vitamin D is approximately 600 IU per day. However, diet is a very inefficient method of obtaining adequate levels of vitamin d considering most foods contain incredibly low levels.

When you see a food marketed as ”Fortified” then there is a good chance that food has had Vitamin D added to it.

Which is why dairy is probably your best source of dietary Vitamin D.

Unfortunately, many people have dairy allergies or intolerances OR they just don’t drink enough milk to make much of a difference in their Vitamin D levels.

Fish could also be a decent source of dietary Vitamin D, which is why many supplement with Cod Liver Oil, but again getting adequate levels it tough.

Here’s a simple chart to help:

As mentioned, although many modern foods have been ‘fortified’ with Vitamin D the amounts are too small to make much of a difference.

Which is why the most popular method for increasing Vitamin D levels is through supplementation.

Which explains why the most popular form is a Vitamin D3 supplement which can be easily found, is relatively cheap, and typically provides a dose of 500-1000IU per serving.

Vitamin D can also be found in many common multivitamins however doses are typically too low to achieve the recommended amounts.

The chart above gives you a decent target to shoot for as far as “normal” or “optimal” levels go but research shows that a target of 75-80nmol/L seems to be the most commonly accepted goal to shoot for (for those benefits above).

Research points to supplementation in the 2,000 IU range as being sufficient for the needs of the vast majority of people and doses between 2,000 and 10,000 IU being in the “ok” range but not showing any increased benefit (More is not always better…) while also not showing any issues with toxicity.

So as I’ve said before, while I don’t normally recommend supplements (at least until all of your other ducks are in a row) I feel like recommending Vitamin D3 in supplement form is a pretty safe bet and can go a long way in improving your overall health.

If you’re looking for a Vitamin D supplement, that has been recommended by some super smart folks (Like Robb Wolf) then check out this one from Carlson Labs on Amazon: Super Daily D3

PrevPreviousPlantar Fasciitis – Fix Your Feet!
NextPost Run Recovery – Do You Even Yoga, Bro?Next