Strongman Training for The Military Athlete 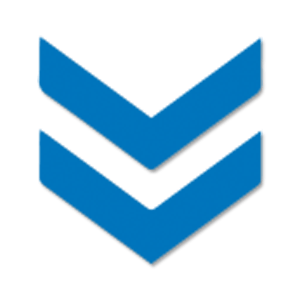 So a couple of common themes you may have noticed around here are:

#1 – More is not better (As I wrote about the Pareto Principle a couple weeks ago)
#2 – I think all athletes, especially military and tactical types, should be selecting exercises based on how much bang they get for their training buck.

With that said, today I’d like to talk about Strongman style training and some of the benefits around picking up heavy shit and carrying it around.

First off, I should say that when I talk about strongman training I’m not talking about performing strongman events. Honestly, I don’t really care if you can pull a car with your teeth or throw a keg over a 15’ wall.

However, some of the very basics such as picking up odd objects and lifting & carrying heavy loads should be something that you are not only intimately familiar with but also training for on a regular basis.

Getting stupidly strong, especially if you can maintain a reasonable size (weight), is incredibly useful to the military and tactical athlete population (and probably everyone else too).

For a pretty solid list of just why Strongman style training is good for you to check out my good friend Jerred over at End of Three Fitness and his article: “Get Strong Like Bigfoot: Strongman Training 101”

Jerred notes increases in maximal, functional, and usable strength, increases in grip strength (something that is key in the military), more fun with your workouts thanks to the new variety of movements, and even hypertrophy because everyone wants to be more jacked and tan right?

Strongman training, or as Jerred puts it, “training to be strong” is something you should always be striving for considering your ability to pick up a heavy object and move off the “X” fast could mean the difference between success and failure, life and death.

Strongman style training workouts mimic a lot of the daily activities you may encounter as a military or tactical athlete and there will definitely be some transfer to real life events.

Every day you are required to lift, carry, grip, pull, drag, and push things around.

Adding some higher intensity movements into your current training program are only going to help make these things easier for you.

Wanna lift more weight than you are technically able to lift?

So that’s a weird question right, but here’s something that is pretty cool.

In a study by McGill, McDermott, and Fenwick (2009), the researchers found that during the Yoke Walk event athletes showed hip abduction forces that were 112% higher than the test for maximal hip abduction.

So how did he get 1.6x stronger in a few hours?

The force this athlete was producing by stiffening his torso, to perform the carry, allowed his hip to carry more weight than they could on their own.

So not only will some of these Strongman style movements make you stronger, but they will also teach your body how to fire the neurological system in a way that coordinates the entire body to perform super heavy work by stiffen ing the torso and buttressing the spine against sheer and other dangerous forces.

With all that said, as you start to think about incorporating these movements into your training routine you should probably establish a solid based of general strength & conditioning first.

A solid foundation of strength is required before you get into anything too technical like a tire flip, atlas stone lift, or moving 3x your body weight on a yoke.

Make sure you are able to put up solid numbers across the major lifts (Back squat, power clean, front squat, deadlift, etc) before you add in this extra work.

There is no point in trying to lift a heavy odd object if you can’t even deadlift a perfectly symmetrical bar safely.

Speaking of safety, a lot of people think that strongman style movements and exercises can be dangerous, however, as long as you are paying attention to some of the things I’ve been saying in this article, they are probably wrong.

Reducing torque around your joints while lifting heavy weights, such as during Olympic weightlifting or strongman competitions is obviously incredibly beneficial for reducing the chance of injury while also moving the largest load as possible (the goal, right?).

So, when performing a clean you’re going to benefit by keeping the bar path, and thus the barbell’s entire center of gravity, as close to the body as possible.

This straight bar path is not only the most efficient bar path, as it travels the least distance, but it exerts the least amount of torque on the shoulder, back, and hips by reducing the moment arm.

If you’ve spent any time learning the Olympic lifts then this is probably not new information. If you keep the bar close, you’re more likely to make that heavy lift.

Well, this is also incredibly important in Strongman style lifting as well.

During the Atlas Stone Lift (for any odd-object lifting), you’re required to pick up a big, heavy, round concrete ball of various sizes from the ground and lift it onto or over a platform.

If you look at most people when they do this (correctly) you see something that is a big no-no in the gym.

During an atlas stone lift, you must “wrap” your body around the round stone with extreme spinal flexion, normally a very unsafe spinal position for lifting in order to get into a correct and efficient position. While this is something you really want to avoid in a lift such as the deadlift, it might not be so bad doing an atlas stone or odd-object lift.

In that same study by McGill, McDermott, and Fenwick (2009), they found that due to the technique the athletes used, hooking their body around the stone and keeping the stones center of mass as close to his or her low back as possible, the amount of compressive force on the spine was significantly lower than researchers expected.

It’s important to note that this study was performed with high-level, actively competing, Strongman athletes. I make sure to note this because that should also lead you to believe that they are highly trained and have a solid understanding of the technique needed to perform the movement without the risk of spinal injury.

By keeping the stone as close to your center of mass as possible you’ll be able to lock you spine in that braced flexion until you need to transition into extension to complete the movement.

This keeps the spine fixed and only bracing forces acting on the spine.

Have you ever performed a workout that was just a grind?

Something that might not be particularly hard, or heavy, or intense all by itself but when you have to perform it over and over again for al ing period of time it turns into a really intense training session?

These are some of my favorite workouts.

Some of you that have worked with me have been subject to a few of these type of workouts, an example being:

Each of these movements is hard but when you combine all three, while being uncomfortable under your ruck, and go for 10 rounds… It gets pretty spicy.

As I mentioned above, there are a ton of benefits to workouts like this and the hundred other strongman style exercises, but one awesome benefit is the mental edge you’ll gain during your event tasks like running or rucking a long distance.

As I mentioned in my article “6 Exercises for Improving Your Mental Toughness” the Roman Legionnaires would cover 35+ miles per day under about 28#’s of weapons and armor.

While carrying around 28 pounds for a few hours isn’t very interesting for most of you, covering 35 miles per day, day in and day out, while carrying that same 28# would be pretty intense.

However, I wouldn’t suggest you go all ultra-endurance athlete on me in your daily training and try to mimic this, which is where some of these longer, grinding style workouts come into play.

While I think way too many strength coaches get hung up on “sports specialization” I think you can add exercises, movements, and workouts into your training that represent some of the real-life work you may be required to perform (as long as you do it smartly).

When adding this stuff into your workouts you should think of it as supplemental to a solid strength & conditioning program that focuses on the basics then add this stuff in throughout the week to supplement what you’re already doing.

I’d recommend adding these movements onto the end of your routine as they consist of gross motor patterns and are fairly simple to perform safely and correctly under stress.

We all know that as fatigue increases, your technique will generally decline so make sure, if you are performing something technical, you account for that.

The exercises and implements can vary greatly based on what you have available to you but some of my favorites are:

The list could go on and on and include a whole bunch more equipment but these should be enough to get you started.

Here are a few workouts to try out:

Goal: Continuous movement, cover as much distance as possible without putting KBs down

Goal: Get the required work done as fast as possible.

Give these workouts a shot and let me know what you think!

PrevPreviousThe Pareto Principle: Why “More” is not better
NextRuck training without the soul crushing volumeNext